Many are Called, Few Chosen

Jesus entered Jerusalem for the purpose of laying down His life through crucifixion. He knew how He would die, because He planned to lay down His life and give it as a ransom for many. During those last Jerusalem days, He spent time talking with many people, including the religious leaders plotting to destroy Him. They feared the crowds and knew they must arrest Him secretly. Jesus also knew their plans, but He determined to lay down His in death and then take it again in resurrection. Until the end, Jesus spread the good news of salvation, because He was the King and Messiah of  Israel, and Savior of the world.

The Cleansing of the Temple

When Jesus came into Jerusalem for the purpose of crucifixion, Jesus cleansed the temple. He entered the temple and drove out all the people buying and selling in the temple and overturned the table of the money changers and the seats of people selling doves. Jesus quoted Scripture: “MY HOUSE SHALL BE CALLED  A HOUSE OF PRAYER.” Jesus indicted everyone there buying and selling by declaring that they had made the temple a “ROBBERS DEN”  (Matthew 21:12-13). Jesus also set the pattern of quoting the Bible to show that Scripture was being fulfilled in multiple ways.

The Wonders of Jesus

The Challenge of John the Baptist

When Jesus entered the temple on the next day, the chief priests and the elders of the people came to Him questioning His authority to cleanse the temple. Notice that those evil religious leaders completely ignored the Bible, which Jesus quoted as authority for His cleansing of the temple. They raised two specific questions about His authority: (1) by what authority are you doing these things? and (2) who gave you such authority? As God in the flesh, Jesus acted on His own authority, but He had compassion upon even the evil religious leaders in their stubborn unbelief and open hostility to Him. As they sought to trap Jesus with their questions, Jesus offered them repentance and eternal life by answering their question with a question and then offering them a series of parables exposing their unbelief and the impending judgment upon them and their city.

Jesus replied to their two questions with His own simple question: “Was the baptism of John from heaven or from men?” The evil religious leaders counseled together and understood they would be trapped by their own answer. If they said the baptism of John was from men, they feared the reaction of the people who regarded John the Baptist as prophet. If they said that the baptism of John was from heaven, then Jesus would ask them why they did not believe John and repent. They knew Jesus had trapped them and so declined to answer. Jesus had already told them if they would not answer His question, He would not answer theirs. Jesus said He would not tell them by what authority He did these things. Jesus, however, continued His offer of salvation to them by exposing their sin, with the aim of convicting them of their sinfulness and leading them to salvation in Him.

The Parable of the Two Sons–Repentance over Sin

The Parable of the Vineyard Workers–Unrepentant Wretched Murders

Jesus proclaimed that the kingdom would be taken from the evil religious leaders and given to the people producing the fruit of it. Jesus was tying the Vineyard Owner parable back to the evil religious leaders killing the Messiah and trying to seize the inheritance. Jesus used all the parables to weave one broad, deep picture of the evil of the religious leaders in opposing God and murdering the Messiah. Jesus also issued a warning that all who fall upon the stone well be broken to pieces (apparently speaking about the repentance of the tax-gatherers and prostitutes) and the stone falling upon others (apparently the evil religious leaders) and scattering them like dust. When Jesus finished the parables, the Chief priests and the Pharisees understood Jesus spoke about them. They sought to seize Jesus, but they feared the people, because they considered Jesus a prophet.

Parable of the Wedding Feast

Jesus gave the chief priests and the Pharisees another parable concerning the Kingdom of Heaven. A king gave a wedding feast for his son. We can distinguish three groups of messengers in this parable.

Group One Slave Messengers to the Called Ones and Results

Group Two Slave Messengers to the Called Ones and Results

The king sent out a second group of slaves to the Called Ones and provided specific s about the preparation and the need for an immediate response. The Called Ones rejected the second group of messengers and went their way. We may distinguish three groups of Rejectors (“οἱ ἀμελήσαντες“): (1) one went to his own farm; and (2) one went to his business; and (3) all the rest of the Rejectors seized his slaves and mistreated them and killed them. Notice that the Called Ones included an entire city (many people) that was burned.

The king was enraged (“ὠργίσθη“), sent his armies, and destroyed (“ἀπώλεσεν–frequently used of spiritual suffering”) those murders and set fire to their city. The Group One Called Ones just perished. They  murdered His son or were in the city on fire. Notice that the city had many people and so many of the Called Ones from the city perished.

Group Three Slave Messengers to the New Called Ones and Results

The king said to the third group of his slave messengers that the wedding is ready, but the Group One Called Ones were not worthy. The king then commanded his slaves to go into the highways, and as they found people there, they were to call (“καλέσατε”) the Highway Group to the wedding feast. The slaves went out and gathered all they found. Notice the inclusive nature of the effort–all they found. They gathered together  (“συνήγαγον“) all they found, both evil (“πονηρούς“) and good (“ἀγαθούς“). The wedding hall was filled (“ἐπλήσθη“) with dinner guests. Notice that the wedding hall was filled with Group Two Called Ones. Nothing in the text indicates that anyone had been chosen yet.

The King Inspects the Guests and Results

The king came into the wedding hall to inspect (“θεάσασθαι“) the Called Ones who appeared for dinner. The king saw a man there not dressed in wedding clothes and said: “Friend (“ Ἑταῖρε–always used in a negative sense), how (“πῶς“) did you enter in here without wedding clothes. The word “how” casts some doubt that this man was gathered with the others from the highway and brought into the wedding feast. Apparently, all the others had wedding clothes, even though they were on the highways when the king’s slaves gathered them together and brought them to the feast. The man was speechless. The king then ordered that man to be bound hand and foot and cast into the outer darkness. 1 Matthew wrote: “τὸ σκότος τὸ ἐξώτερον“–this phrase only occurs in the context of Christ beginning His millennial reign upon earth and always includes weeping and gnashing of teeth (Matthew 8:12; Matthew 25:30. In that place, there is weeping and gnashing of teeth. 2Matthew wrote: “ὁ κλαυθμὸς καὶ ὁ βρυγμὸς τῶν ὀδόντων.“ Therefore, it appears that Jesus returns to earth, inspects the Called Ones assembled before Him, and then will make known His choices from the Group of the Called Ones before Him. This interpretation fits with the general timeline that Jesus offered the kingdom to the sons of the kingdom (the Jews) and they rejected Jesus, mistreated him and killed Him. After the rejection by the Jews, then the God called the good and evil before Him, but He had not revealed a choice yet. In the alternative, one could argue everyone called into the wedding hall, filling it up, were all the chosen ones, but the word chosen (“ἐκλεκτοί“) appears nowhere in any of the preceding parables. They all emphasize that the first called ones rejected Jesus and killed Him. Then the Father called other good and bad people to assemble before Him, but He had not revealed any choice. He did exclude the one who could not explain his lack of dinner clothes or how he got into the king’s hall. He was sent bound into the outer darkness where there is weeping and gnashing of teeth.

Finally, the king said: “For many are called, but  few chosen.” 3Matthew wrote: “πολλοὶ γάρ εἰσιν κλητοὶ ὀλίγοι δὲ ἐκλεκτοί”.  Please recall that the word chosen (“ἐκλεκτοί“) does not appear anywhere in the three parables Jesus told about the evil religious leaders. Therefore, although some people argue all the people in the wedding hall with wedding garments were saved or “chosen,” the text remains silent on the matter. Jesus emphasized that many are called, and few chosen. Jesus called the people from the city, but the city people killed the king’s slaves. Then the king gathered people, good and evil, from the highway, and gathered them to the wedding hall. Even then, one of the dinner guests was not dressed appropriately. Jesus questioned with: How did you get in here without wedding clothes. The “How” question emphasizes that he alone did not pass inspection. But having passed inspection, everyone else in the hall were the Called Ones, not necessarily the chosen ones. Apparently, Jesus the King will reveal the chosen ones (“ἐκλεκτοί“) when He begins His Millennial Reign upon earth. All three of His parables emphasized to the evil religious rulers that they erred by rejecting Jesus as Messiah. They would suffer for their choices, and others would enter the kingdom of God after they rejected the call of God upon them. Jesus warned the evil religious rulers and shined the light of salvation upon them. They refused to come to the Light, for their deeds were evil. They rejected Jesus the Messiah, but He remains the eternal God, Who is not willing for any to perish, but for all to come to repentance. 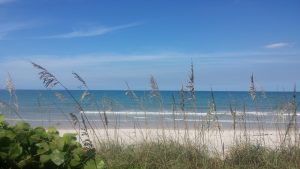 Christ Assembly provides original Bible Studies to equip the saints for the work of ministry. We encourage all saints to use their spiritual gifts daily to the service and glory of God.